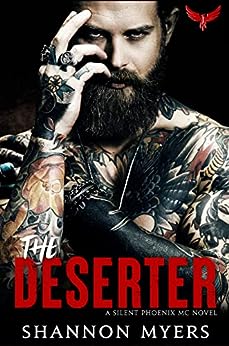 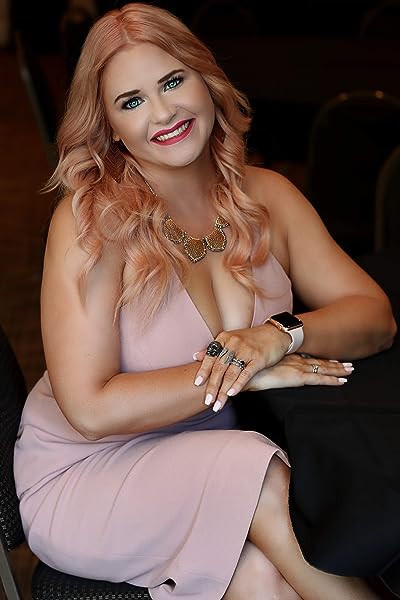 In my world, it was kill or be killed.

I spend my time in the shadows; doing what I want, when I want. I refuse to follow anyone's rules—I own this town.

They might not see me, but my club controls everything... including her. I took Daddy's little princess and defiled her to send a message. Now, I want to keep her down here in the dirt forever.

She's crazy not to run.

Around here, there's no right or wrong. I'm the judge, jury, and executioner and god help any fool who tries to lay a hand on what's mine.

If you're looking for a hero, you're in the wrong place.

Shannon is a born and raised Texan. She grew up inventing clever stories, usually to get herself out of trouble. Her mother was not amused. In junior high, she began writing fractured fairy tales from the villain's point of view and that was the moment she knew that she was going to use her powers for evil instead of good.

In 2003, she moved to Denver and met the love of her life. After some relentless stalking and a few well-timed sarcastic remarks, the man eventually gave in to her charms and wifed her so hard. They welcomed a son in 2007 that they named after their favorite Marvel superhero, Spiderman.

Sick of seeing beautiful mountains through their window every day, the three escaped back to the desolate landscape of the west Texas desert in 2009. She welcomed her second son not long after and soon realized that being surrounded by three men was nothing at all like she'd imagined in her fantasies.

After an unplanned surgery in 2014 and a long pity party, she decided to pen a novel about the worst thing that could happen to a person in order to cheer herself up. She's twisted like that. Thus, From This Day Forward was born and the rest, as they say, is history.

Not only does Shannon enjoy stalking people, she also has a fondness for being stalked. Visit her at www.shannonshaemyers.com to keep up with her latest schemes and shenanigans.

Tammy A. 🇨🇦
5,0 sur 5 étoiles WOW What a book!!
Commenté au Canada le 20 novembre 2019
Achat vérifié
I thoroughly enjoyed this book - virgin Celia is payment for her father's debts, bad boy biker Grey (Jamie) takes his payment with a smile - but he can't get her out of his mind; when she shows up again, he has her again. She has issues, but so does he. They build a life together, things happen with the club and he has to 'die', years later he comes back to a horrifying situation - a rival club and a turncoat in his own MC finds he is alive and take their revenge out on Celia (the description in the book is s dark and horrifying) - Grey comes home - what he finds takes him back to events that happened early in his childhood - I'm sure his revenge with be worse than even I can imagine.

Shannon
2,0 sur 5 étoiles Bad! Awful!! Many triggers!!!
Commenté aux États-Unis le 22 mai 2020
Achat vérifié
This book was so awful. Triggers! It was more rape and abuse than a relationship. It was just awful and the story was stupid. I have no idea how this book got so many good reviews. I normally like Dark but this was to much for me. She is raped and a virgin but as soon as it starts she loves it! Right! He then treats her like whore and that’s ok. They he decides to hurt her after he thinks he wants her to punish her for taking a ride in the rain. Then he leaves her and the kids for years! Then she gets gang raped because he isn’t there and that is how it ends. This book made me sick to my stomach and just angry. Sorry but I would never recommend this book to anyone.
En lire plus
55 personnes ont trouvé cela utile
Signaler un abus
Traduire les commentaires en Français

Lily
5,0 sur 5 étoiles Hands down my favorite book of 2019!
Commenté aux États-Unis le 16 mai 2019
Achat vérifié
Stop whatever the f@€k you’re doing and read this series now! This isn’t a standalone; you should start with Renegade and Traitor (Mike & Lauren’s books) as it sets up Deserter where we meet Jamie “Grey” Quinn and Celia Cross. You won’t regret it- trust me!

I don’t have words to convey how my heart and mind are feeling right now. My chest is still beating fast. I need answers, need to know what happens next. I thought I had an idea of where this story was going, but Mrs. Myers did an amazing job keeping us on our toes.

Grey and Celia’s story is full of deceit, betrayal, love, lies, sacrifices, flawed characters, gut-wrenching moments and so much more. I cried, cringed, swooned, laughed and loved these characters so much. I’m telling you, this series is EVERYTHING! I need Protector now! Is it June yet?