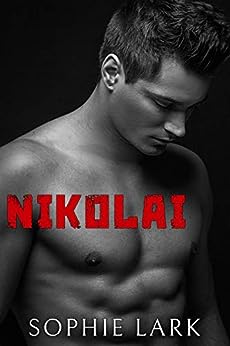 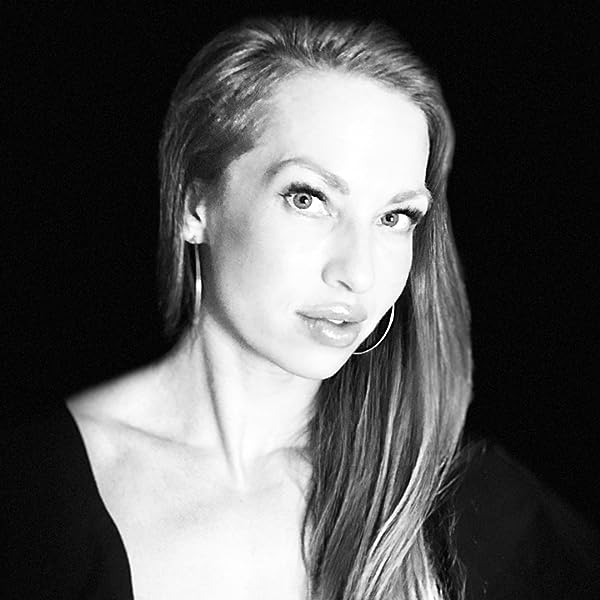 The Markovs and the Lebedevs have been bloody rivals for generations.

Nadia Lebedev is the ultimate forbidden fruit: a mafia princess engaged to another man.

From the moment I see her, I want her for myself.

Every day that passes, I become more obsessed with her.

She’s seeking the answer to a mystery, and so am I…

How can I make her mine once and for all?


The Lark Notes:
A Mafia Romeo and Princess Juliet story, what more could you ask for? – Sophie

Gemma Davies
4,0 sur 5 étoiles Feuding families... Faberge eggs... Falling in love
Commenté au Royaume-Uni le 22 mai 2021
Achat vérifié
Right... so this is Underworld Book 6. You can read them as standalone titles and you’ll enjoy them, but if you’re anything like me; you like a good backstory and a full picture. If that’s the case, make sure read books 1-5 first which will give you a much deeper insight into the Bratva world, introduce you some of the other characters in this book, therefore enriching your reading pleasure. They’re all great... so you won’t be disappointed.

Ok... the associated books in this series are Roman (book 3) and Anton (book 5). However, having read them both... start with Anton and then read Roman as the former predates the latter in ‘real time’. **THIS REVIEW CONTAINS SOME SPOILERS FROM THE BOOK 5...**

In book 5 we briefly met Nadia Turgenev, the lead female in this story. In book 5 she befriends her newly discovered cousin, Violet and they become very close. Unfortunately, the wealthy and powerful Turgenev family suffers an unexpected coup from within their own ranks and as a result, Samara, Nadia’s mother is murdered along with most of her immediate family. Pretty much the only survivors are Nadia’s cousin Violet, Violet’s fiancé Anton Vasilev and her cousin Roman.

Now orphaned and alone Nadia feels lost. Although not close to her mother, her death has made Nadia take stock of her own life. Her mother was always distant and almost cold towards her daughter. It’s not that her mother didn’t care for her, but her mother struggled to be emotionally connected with her. She knew she loved her, but showing that love was difficult. Her job came first, family second.

It’s not until Nadia has the rather unwelcome task of clearing her mother’s Parisian Bratva mansion house that she discovers a past so incredibly removed from the Samara she grew up knowing. A past where she appeared happy, carefree and spirited.

Finding photographs and a long lost journal kept by her batty old great Aunt she is intrigued by the younger, sweeter and romantic girl. How did she change so much to become the hardened, unfeeling and disdainful mother?

In a bid to discover more she journeys from her beloved Paris to her mother’s homeland of Moscow. In tow is her fiancé, Maxim Oleksei. He’s reluctant at first, not understanding why she needs to go on this bizarre trip down memory lane, but he accompanies her, staying with his own Bratva family instead of in the crumbling mansion where Nadia’s ageing and dying grandfather Stanislav and her Aunt Rashel still reside.

The Lebedev mansion is as beyond repair as the family itself. A shell of its former grandeur, it dwindles and decays just like the families grasp on the power they used to wield. Nadia is the last Lebedev.

The Lebedev name still holds prominence, but only a good marriage will continue the legacy. The more she looks introspectively at her own life, the more she realises that Maxim is not match for her. They are growing apart.

She is gradually deciphering her mother’s journal and starting to connect with the girl her mother was. She discovers her mother was in love with a boy she couldn’t have before she entered into the arranged marriage with Nadia’s father. It wasn’t a love match as she’d thought, but a match made to forge alliances.

When Maxim drags her to a party held by one of the Lebedev’s fiercest and oldest rivals, she’s in fear of the reprisals. She knows she shouldn’t be there. The family feud goes back generations. So she is shocked and surprised when Nikolai Markov comes over to introduce himself.

Nikolai is the son of one the most powerful Moscow Bratva families. They don’t have the royal connections like the Lebedev’s, but they’ve worked hard to make a name for themselves. Unlike his father, Nikolai is warm, attentive and alluring. He’s immediately attracted to the stunningly beautiful Nadia. But she’s a Lebedev... off limits, so he’s more than surprised when his father encourages him to woo her. There’s the slight issue of her fiancé Maxim in the way, but with a bit careful planning... he’s quickly out of the picture, making way for Nikolai to advance.

Of course, there’s an ulterior motive to his fathers plan, but Nikolai is so entranced and enraptured by Nadia he can’t help falling in love with her. The more time they spend in each other’s company, the deeper they both fall. Nikolai knows he should come clean, but the more time that passes, the harder he finds it to tell her of his father’s intentions. He can’t lose her and he knows that the truth could make her run back to Paris.

As the journal starts to mirror her own love affair with Nikolai, Nadia fears that Nikolai is hiding something. Could their love for each other survive whatever secret he’s hiding? Will the journal hold the answers she’s searching for?

It’s an epic love story, a little Romeo and Juliet without the tragic conclusion. If there’s one thing missing, it’s an epilogue. It stops too soon. I want to know if they got their dream. Otherwise, it’s fabulous.
En lire plus
Une personne a trouvé cela utile
Signaler un abus
Traduire les commentaires en Français

Amazon Customer
5,0 sur 5 étoiles brilliant!
Commenté au Royaume-Uni le 12 mars 2022
Achat vérifié
I absolutely loved this forbidden mafia love story! The heroine is Nadia. Her mother dies suddenly and Nadia discovers a diary her mother kept when she was Nadia’s age. Discover what she does next. I promise you, you’ll love it.
En lire plus
Signaler un abus
Traduire les commentaires en Français

Kamala K.
5,0 sur 5 étoiles Nicolai and Nadia-enemies to lovers
Commenté au Royaume-Uni le 21 novembre 2021
Achat vérifié
Nadia’s becomes emotionally overwhelmed when her mother gets murdered by her own family. She finds herself wanting to trace her mothers past so she sets off back to Moscow but only ends up falling in love with Nicolai, the son of her family enemy.
En lire plus
Signaler un abus
Traduire les commentaires en Français