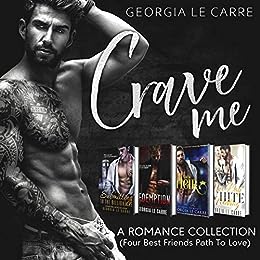 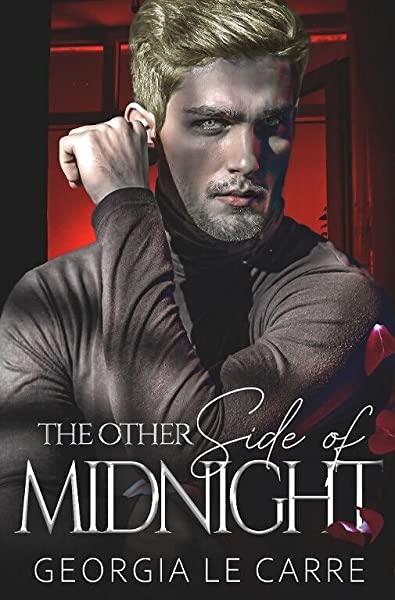 Submitting To The Billionaire

When people look into my eyes they realize instantly that there is more pity to be found looking into the eyes of a cobra.

I'm ruthless, heartless, and I have the Midas touch.Everything I touch turns to gold. There is not one thing I wanted that I have not ultimately conquered and made mine.

Star belongs to another man, but I have to have her.

Some will wait for fate. I don't. I make things happen.

When I want something. There are no rules... All's fair in lust and war.

Raven
I haven't dated in years. I've been too busy raising my niece.
The death of my sister left me heartbroken. God knows if it hadn't been for the child I don't know how I would have coped. Anyway, I didn't have time for men. Non stop work and caring for Janna has been my life.

The mysterious, enigmatic man that fate so unexpectedly delivered to me. He is so charismatic and breathtakingly handsome that I can't believe that such a god would want plain ole me. He ignites fires in me that no one has lit before. He's in my thoughts every waking moment. I can't stop thinking of him. He always seems to turn up wherever I go and there's something dark and dangerous lurking in his eyes.
My friend Cindy urges me to seize this chance. "You need this girl," she says, but I'm scared. I'm afraid that this man has the power to uncover my darkest, most secret desires.
He could destroy me...but I can't help myself.
I'm as drawn to him as the moth is to the flame.

With those searing whiskey eyes, chiseled face, and cocky attitude it was pretty obvious he was a player. Ordinarily, I would have been able to resist him, but it was my best friend's wedding, and I'd had a lot of alcohol, so I thought, what the hell. At the very least he'd have the skills, and judging by that huge swell in his pants, the equipment to give a bridesmaid a good time.
Of course, we used a condom, actually, a few, but one month later I'm sitting on my bathroom floor looking at five pregnancy sticks all lined up. Each one telling me the same thing: Girl, you're pregnant.
Clearly, he won't want to know, being a player and everything, but my best friend says telling him is the right thing to do.

Looks like I'll have to go to Italy to give him the bad news.

My three best friends are hitched and deliriously happy, and sometimes I wonder if I'm missing out, but then I tell myself I have a different dream. It's on the back burner because I'm saving up. One day I won't be the manager of someone's casino I'll be the manager of my own casino.

I'm not greedy. Even a small casino, something like the one where I'm working at presently would do.

And then a man, a dangerous, mysterious, delicious man, walks into the casino.

He dangles my dream right in front of me. The problem is he is two dreams mixed up in one.

Suddenly the other dream, the one I had buried deep in my heart took a big gasping breath and pushed its way to the surface.

Suddenly, all I wanted was what my best friends wanted.

But all he was offering was the other casino dream.

Not the secret dream...

Tammy
5,0 sur 5 étoiles Hot hot hot....
Commenté aux États-Unis le 25 juillet 2021
Achat vérifié
Overall I gave this 4 book series 5 stars but I want to breakdown each book. Submitting to the Billionaire got 5 stars. Nikolai and Star were thrown together in an unusual way but man did it need to happen for her to get away from the perv she was married to.

Redemption got 5 stars but would have received more if I could have given it more. Dragan and Raven's story broke my heart. So glad they got their HEA.

The Heir also got 5 stars and again would have received more if I was able. I think I love this book the best with Redemption coming in second. Dante and Rosa's book ripped my heart out and made my eyes burn at one point. It had me so worked up I was reading faster just so I could find out what happened.

Nice Day For A White Wedding got 4 stars. Alex and Cindy's book was a good book but it felt too drawn out and rushed at the end. Don't get me wrong, it is still a good book that I would read again but it just fell a little short compared to the other three.

I would recommend reading these books in order even though they are considered standalone books. Happy Reading!
En lire plus
Signaler un abus
Traduire les commentaires en Français

Cita
5,0 sur 5 étoiles Loved it
Commenté aux États-Unis le 14 février 2022
Achat vérifié
Honestly I normally get bored by the first book on series and I never continue reading. This is the first time this series got me wanting more and more of it. Loved the story line, the passion, the adventure. It was well written and on point. Loved it! And I am looking forward to read more books of this amazing author! Awesome job!
En lire plus
Une personne a trouvé cela utile
Signaler un abus
Traduire les commentaires en Français