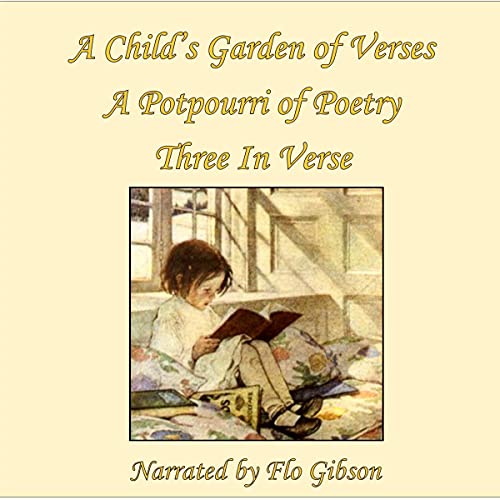 In "A Child's Garden of Verses," Stevenson catches the spirit of childhood in such charming poems as "At the Seaside", "Foreign Lands", "Bed In Summer", "The Land of Counterpane" and many more. Recipient of a 1983 Parents Choice Award."A Potpourri of Poetry: An Introduction to the Great Poets" - These twenty-nine established favorites include "Daffodils", "To A Mouse", "The Pied Piper of Hamlin", "Paul Revere's Ride", "The Highwayman" and "Twas the Night Before Christmas".

This collection was also a recipient of the Parents Choice Award "Three In Verse" - These three poems, written and read by our own Flo Gibson, include "Troll Talk", "The Tale of the Orchard" and "Clementina, Quite Contrary". Awarded the "Parents' Coice Seal of Approval" for "high entertainment, educational and production values".