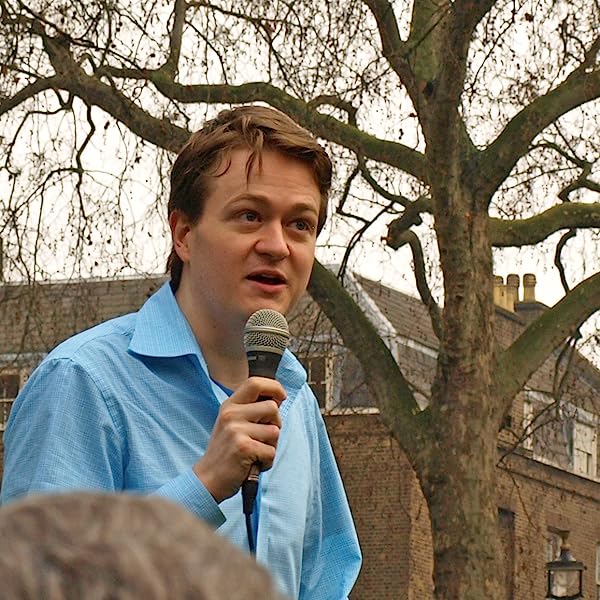 Chasing the Scream: The First and Last Days of the War on Drugs Relié – 20 janvier 2015

What if everything you think you know about addiction is wrong? Johann Hari's journey into the heart of the war on drugs led him to ask this question--and to write the book that gave rise to his viral TED talk, viewed more than 62 million times, and inspired the feature film The United States vs. Billie Holiday and the documentary series The Fix.

One of Johann Hari's earliest memories is of trying to wake up one of his relatives and not being able to. As he grew older, he realized he had addiction in his family. Confused, not knowing what to do, he set out and traveled over 30,000 miles over three years to discover what really causes addiction--and what really solves it.

He uncovered a range of remarkable human stories--of how the war on drugs began with Billie Holiday, the great jazz singer, being stalked and killed by a racist policeman; of the scientist who discovered the surprising key to addiction; and of the countries that ended their own war on drugs--with extraordinary results.

Chasing the Scream is the story of a life-changing journey that transformed the addiction debate internationally--and showed the world that the opposite of addiction is connection.

Johann Hariis the author of Lost Connections. He was twice named Newspaper Journalist of the Year by Amnesty International UK. He has written for the New York Times, the Los Angeles Times, and others, and he is a regular panelist on HBO's Real Time with Bill Maher. His TED talk, "Everything You Think You Know About Addiction Is Wrong," and the animation based on it have more than twenty million views. Hari lives in London.

R Great
5,0 sur 5 étoiles Brilliant!
Commenté au Royaume-Uni 🇬🇧 le 30 juillet 2019
Achat vérifié
I came across Johann Hari by accident. I tried to search for Noah Yuval Harari (author of Sapiens) when listening to various podcasts. I mistook Hari for Harari and listened to a 3-hour podcast (Joe Rogan and Johann Hari for the curious) of Johann Hari discussing the material in Chasing The Scream. I obviously realised within minutes that it was the wrong author I was listening to, but I was gripped so continued. After 3 hours of auditory intensity I ordered Chasing The Scream.

Thought-provoking and 'against the grain' of how we are naturally lead to opine about drug dealers, users, drug enforcement, and policy. I thoroughly enjoyed the book in the most meaningful way possible. I don't think I thought badly or negatively of those affected by addiction, but I will admit that I felt swayed by the biases of the media. I cannot count how many people I have reiterated the experiment of 'Rat Park' to people, or the tragic stories told by victims themselves. Listen to the podcast and read the book!
En lire plus
23 personnes ont trouvé cela utile
Signaler un abus
Traduire les commentaires en Français

Pablo
5,0 sur 5 étoiles Educational and Insightful
Commenté au Royaume-Uni 🇬🇧 le 18 février 2019
Achat vérifié
I work for a charity who supports and treat addiction. They call us "substance misuse specialist", I'm not a specialist and don't like to be called this. In my working i see stigma, discrimination and resentment. This book reassured me and motivated me to continue what I'm doing and to continue to fight the war.
En lire plus
29 personnes ont trouvé cela utile
Signaler un abus
Traduire les commentaires en Français

S. L. Stewart
5,0 sur 5 étoiles Everyone should read this book
Commenté au Royaume-Uni 🇬🇧 le 23 mai 2019
Achat vérifié
Everyone should read this book and then fight for the full legalisation of all drugs if they care about the society we live in. It would eradicate gang and knife crime and stop the police from wasting their resources on criminalising vulnerable working class people. The book brilliantly shows that it’s a no brainier.
En lire plus
17 personnes ont trouvé cela utile
Signaler un abus
Traduire les commentaires en Français

Amazon Customer
5,0 sur 5 étoiles Essential Reading
Commenté au Royaume-Uni 🇬🇧 le 28 août 2020
Achat vérifié
This is an outstanding book. I came across the author from listening to him on the Joe Rogan Experience, and the passion, knowledge and understanding he showed in the three hours on that podcast about drugs and addiction is manifested tenfold in this book.

Reading this stirred up a huge amount of anger as I realised that almost everything I'd been taught about drugs and addiction was wrong and causing genuine pain and suffering in the world, and this was all motivated more or less by the prejudice of one man. It brings home how the history of modern drug policy in the world is a litany of knee-jerk reactions and misinformed decision making, often motivated by blind hatred and a criminal lack of understanding.

This is a book that I think everyone should read. The world would be a better place if we had a greater understanding of this subject.
En lire plus
7 personnes ont trouvé cela utile
Signaler un abus
Traduire les commentaires en Français

A Customer
5,0 sur 5 étoiles Informative, well - researched and well - organised content
Commenté au Royaume-Uni 🇬🇧 le 30 mars 2019
Achat vérifié
It was a really engaging book, and I learned quite a few new things on reading it. It put various things I was already aware of about the War On Drugs into a broader context and filled several gaps in my own limited knowledge on the subject. The solution to the drug problem in various parts of the world advocated by the author is more comprehensive and compassionate than simply prohibition and punishment which might be worth a try where the latter have been found to worsen matters (apparently in the majority of cases as suggested by this book). I have also come across several interesting books by other experts while reading this one, and I'll be following this up with those.