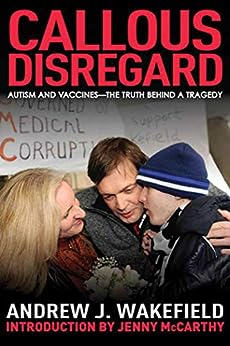 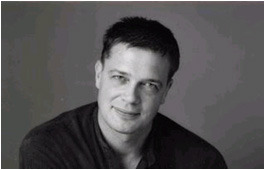 ?I'm so glad Andy Wakefield finally has the chance to tell his story. . . . For hundreds of thousands of parents around the world, myself included, Andy Wakefield is a symbol of strength and conviction that all parents of children with autism can use to fight for truth and the best lives possible for their kids.? ?Jenny McCarthy

?Dr. Wakefield sets the record straight. It was not he who showed callous disregard towards vulnerable, sick children with autism. It was the British medical establishment, the General Medical Council, the media and the pharmaceutical industry that threw the children under the bus to protect the vaccine program. This is a book for everyone who cares about our future.? ?Mary Holland, Esq., cofounder, Elizabeth Birt Center for Autism Law and Advocacy

?Andrew Wakefield has been subjected to extraordinary criticism and condemnation from professional colleagues and the wider community since he first questioned the safety of the MMR vaccine. In this book he answers his critics?powerfully and comprehensively?and sets the record straight. It is essential reading for anyone wanting to know the truth behind the MMR debate and the politics of vaccination policy.? ?Dr. Richard Halvorsen, author of The Truth about Vaccines

?As a mother of a boy who regressed into autism immediately following his MMR vaccination, I welcome this book unreservedly . . . Whatever your thoughts on the issue, if you read nothing else at all on the vaccine-autism debate, this has to be the most crucial book you read.? ?Polly Tommey, editor of The Autism File

?Meeting Dr. Andy Wakefield changed our lives and . . . we are forever grateful. His wise and measured advice about vaccinations helped us dodge a bullet . . . Our fourth son [had] multiple allergies and repeated infections . . . We now fully realize [he] would have been a victim of immune overload had we followed the regular vaccine schedule. . . . [He] is [now] bright and healthy . . . This book provides a terrifying insight into what has been happening behind the scenes as efforts redouble to silence Dr. Wakefield . . . It is a wake-up call to those who think [he] is anything other than a modern day hero fighting for all of our children.? ?Robert Rodriguez and Elizabeth Avellan, Troublemaker Studios, Austin, Texas --Ce texte fait référence à l'édition paperback.

Andrew J. Wakefield, MB, BS, FRCS, is an academic gastroenterologist. He received his medical degree from St. Mary?s Hospital Medical School (part of the University of London) in 1981, and pursued a career in gastrointestinal surgery with a particular interest in inflammatory bowel disease. He has published over 130 original scientific articles, book chapters, and invited scientific commentaries. He and his wife, Carmel, live in Austin, Texas.

Heather Bosworth
5,0 sur 5 étoiles Definitely a force for good
Commenté au Royaume-Uni le 27 avril 2018
Achat vérifié
I cannot understand why the Wikipedia have not updated Andrew Wakefield's profile (actually I can). They still have him down as that 'disgraced fraudulent doctor' !! At least 90 more studies around the world have thrown up science to suggest strongly that thimerosol and aluminium are likely contributing to the explosion of autism.
All he wanted to do was investigate further .... do read this and make up your own mind.

miamibloke
5,0 sur 5 étoiles A "Must Read"
Commenté en Australie le 5 avril 2019
Achat vérifié
Fantastic book written by Andy Wakefield. The documentary evidence of the children, events leading up to, during and after the GMC, are all there for the reader to digest. Any questions you may of had, are all backed up complete with citations for the reader to further investigate. This is one book you should have on your bookshelf, regardless of which side of the vaccination debate you are on.
En lire plus
Signaler un abus
Traduire les commentaires en Français

Frank Wright
5,0 sur 5 étoiles Wakefield is such an amazing mind for this time
Commenté au Canada le 1 septembre 2016
Achat vérifié
Dr. Wakefield is such an amazing mind for this time. I loved this booked it gives you a look into the sadness which is the medical profession and its greed. The Lancet 12 is something that should never be forgotten and should continue to be studied and used to help children going through the same circumstances due to our MMR trifecta. Thank you Dr. Wakefield you are such an amazing soul and we need you to continue your work, the children and families of those affected need you. Thank you
En lire plus
7 personnes ont trouvé cela utile
Signaler un abus
Traduire les commentaires en Français