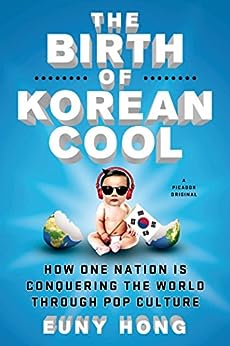 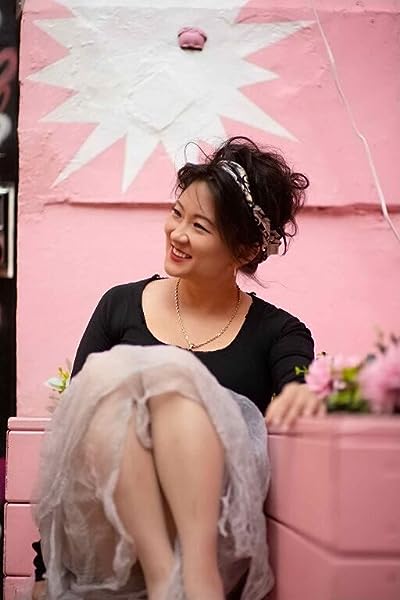 The Birth of Korean Cool: How One Nation Is Conquering the World Through Pop Culture (English Edition) Format Kindle

Euny Hong is a journalist and author. Her work has appeared in The New York Times, The Washington Post and The Wall Street Journal Europe, among others. Now living in New York, she grew up in Gangnam, Seoul. --Ce texte fait référence à une édition épuisée ou non disponible de ce titre.

'If you're not fascinated by Korea yet, you damn well should be. The most innovative country on earth deserves a hilarious and poignant account on the order of Euny Hong's The Birth of Korean Cool. Her phat beats got Gangam Style and then some'
Gary Shteyngart, author of Little Failure
'Full of insight and shocking facts, The Birth of Korean Cool is a hilarious, gutsy, eye-opening account of Korean drive and success. I couldn't put it down. Euny Hong is a force of nature'
Amy Chua, author of Battle Hymn of the Tiger Mother --Ce texte fait référence à l'édition paperback.

'If you're not fascinated by Korea yet, you damn well should be. The most innovative country on earth deserves a hilarious and poignant account on the order of Euny Hong's The Birth of Korean Cool. Her phat beats got Gangam Style and then some'
Gary Shteyngart, author of Little Failure
'Full of insight and shocking facts, The Birth of Korean Cool is a hilarious, gutsy, eye-opening account of Korean drive and success. I couldn't put it down. Euny Hong is a force of nature'
Amy Chua, author of Battle Hymn of the Tiger Mother
A FRESH, FUNNY, UP-CLOSE LOOK AT HOW SOUTH KOREA REMADE ITSELF AS THE WORLD'S POP CULTURE POWERHOUSE OF THE 21ST CENTURY
Everyone in the world knows the song 'Gangnam Style' and Psy, its instantly-recognisable star. But the song's international popularity is no passing fad. 'Gangnam Style' is only one tool in South Korea's effective strategy to become a major world superpower by first becoming the world's number one pop culture exporter.
As a child, Euny Hong moved from America to the Gangnam neighbourhood in Seoul. She was a first-hand witness to the most accelerated part of South Korea's economic development, during which it leapfrogged from third-world military dictatorship to first-world liberal democracy on the cutting-edge of global technology.
The Birth of Korean Cool recounts how South Korea is becoming a global leader in business, technology, education, and pop culture. Hong reveals how a really uncool country became cool, and how a nation that once banned miniskirts, long hair on men, and rock 'n' roll could come to mass produce boy bands, soap operas, and the world's most popular smartphone. --Ce texte fait référence à l'édition paperback.
En lire plus

Laury
5,0 sur 5 étoiles Brillant
Commenté en France le 20 février 2020
Excellent book with a ton of interesting facts. The book feels like she's telling us about all of these things, it's very personal. Some might complain she isn't objective but to me the amount of research work she did is far enough to make it a very good book. AND she writes well. Loved it!
En lire plus
Utile
Signaler un abus
Traduire les commentaires en Français
Afficher tous les commentaires

lg2
2,0 sur 5 étoiles Had the potential to be a good book.
Commenté au Royaume-Uni le 1 janvier 2019
Achat vérifié
At some point in this book the author states "I spent most of my life hating being Korean". This would be irrelevant if it were not for the fact that this book is very subjective. There are countless unjustified assertions and there are also numerous occasions when the writer treats her own personal experiences as being true for all those in her position, without evidence to back that up - this is particularly true of her time at school.
Some of what is written is interesting, enough to gain the book 2 stars, but I can't even state that everything she has said is true. There are 'facts' I spotted in the book that seem to be bending the truth a little bit. There are some odd omissions: she does mention the move to democracy in the late 1980s, but doesn't look at its causes and consequences; the influence of hosting the 1988 Olympics is never mentioned; China is rarely mentioned; the growing trend of Korean cosmetic brands in eastern Asian is ignored; and who writes a pop culture book with only a few passing references to the internet? One of the the things that makes Korea cool is that it has its own self-grown pop culture and this is partly fuelled by the internet - you won't find one mention of Naver in the entire book.
A whole chapter is devoted to Samsung and yet it somehow glosses over the surface without looking carefully enough at how Samsung has become a company that can compete with Apple at being 'cool'. The author does mention that Samsung's success has been partly because they have significantly improved the reliability of their products but there is no mention of the fact that this is because the manufacturing processes are often being conducted in China.
The concept of this book was great and deserved a better author, one who could lay aside personal prejudice and conduct extensive objective research. The book also deserved a more thorough editor, one who could ensure that the writing flows logically without random deviations appearing.

AK
5,0 sur 5 étoiles If you felt it was all about electronics and cars, here is the possibly surprising next wave of Korean exports
Commenté au Royaume-Uni le 1 avril 2015
Achat vérifié
The postwar rise in the living standards and economic performance of South Korea is both well known and generally quite meticulously documented (one of the better sources being  How Asia Works: Success and Failure in the World's Most Dynamic Region ). What may come as a surprise to many, is the concerted attempt by the Korean government and private enterprise to extend their export dominated business model to areas beyond manufacturing and construction - namely to pop culture.

The author - a Korean American journalist that returned to South Korea with her parents in the 1980s - is well positioned to provide a reasonably nuanced perspective on both how far the country has come since her culture shock 1980s time there and on how the basic business model employed for conquering the world with culture exports works.

Be it K-Pop music, Korean soap operas or computer games, all are covered, with plenty of the interviews with the stars, the creators and the government agencies promoting and regulating the industry that were the basis for the research being summarized or partially reproduced for a richer 'voice'.

While many approaches will be familiar to readers who have studied the Japanese and Korean export based manufacturing growth models, it is quite fascinating to read how one can - and successfully at that - transfer those principles to a segment that is much more heavily dependent on creativity and less on process optimization.

While at current levels neither of the Anglo-Saxon entertainment powerhouses need be fundamentally worried in the short run, an understanding of what may follow and how to prepare for it - remember, no one took their electronics or automotive attempts seriously for a long time, either - is probably a good thing to acquire. And for that - even if the book cannot be classed as an in-depth industry study performed by an insider / expert - this is one of the best possible starts. On a lighter note, if you are just baffled by the Psy phenomenon, the book will enlighten, too.

A.N.Other
5,0 sur 5 étoiles Brilliant intro to Korean pop culture - a great read
Commenté au Royaume-Uni le 24 août 2014
Achat vérifié
Surprisingly, given our increased exposure to South Korean media, food and technology, there aren't that many easily accessible books on the country. 'The Birth of Korean Cool' goes quite a long way towards addressing this shortage.

The book's focus is on South Korea's largely government-sponsored cultural "Wave" or "Hallyu" - basically the mass export of Korean pop music, tv dramas and movies. This is a really fascinating subject itself, and the book is worth a read on that basis alone. The book explains how, in developing countries around the world, people are devouring Korean pop culture, where they once might have sought US or UK offerings. This new pop culture apparently accounts for a pretty significant portion of South Korea's GDP.

However, you should also give this book a read if you are interested in South Korea more generally - the author sheds a lot of light on pop culture, the Korean social scene and family life, in a way that few other books do. It's also a very readable and humorous book too.

Only a few gripes (and not enough to reduce the book to four stars): there's been some sloppy editing here and there in terms of grammar and spelling, and some other fairly trivial mistakes like referring to Kim Jong il's favourite drink, Hennessy, as "Whiskey", rather than Cognac. But that's all pretty minor stuff, and really shouldn't put you off.

5 stars because: the subject matter is interesting in itself, it fills a void when it comes to books on modern South Korea and it's funny and highly readable.
En lire plus
3 personnes ont trouvé cela utile
Signaler un abus
Traduire les commentaires en Français

Daniel
5,0 sur 5 étoiles Great insight into Korea's pop culture!
Commenté au Royaume-Uni le 26 septembre 2014
Achat vérifié
I decided to read this book in order to know more about South Korea as my girlfriend is Korean. The book details how South Korea is exporting its brand to the rest of the World through pop culture. It provides a very interesting look into Kpop and Korean society. The author spent the first years of her life in the USA before her parents relocated the family back to Korea in her early teenage years. She explains how Korea was far from cool back in those days and how the Korean government has changed the image of Korea by funding "Halyu" (the Korean wave) and exporting it to the World.
En lire plus
3 personnes ont trouvé cela utile
Signaler un abus
Traduire les commentaires en Français