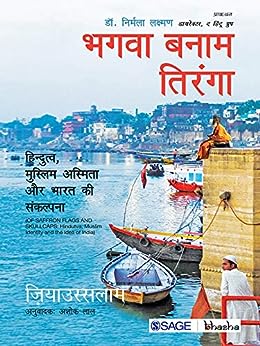 We live in an age when most Muslims take pride in singing Saare Jahan Se Achcha, penned by Muhammad Iqbal. Many though have forgotten that the same poet-philosopher called Ram as Imam-e-Hind. The Hindutva forces, meanwhile, have forgotten the unifying Saare Jahan Se Achcha in their pursuit of divisive nationalism. Their exclusionary politics stems from a mindset of self-limiting segregation: a world of ‘we’ and ‘they’, a world where a Muslim man is lynched for refusing to say ‘Vande Mataram’.

Of Saffron Flags and Skullcaps attempts to trace the growth of the Hindutva ideology from the time of V.D. Savarkar and M.S. Golwalkar to the contemporary age, and how it precedes any talk of Muslim appeasement. Faced with these existential challenges, the Muslim community is involved in simultaneous churning within where the words of Islamic scholar and teacher Farhat Hashmi are bringing about a silent change at the grassroots level. Amidst all the challenges, the idea of India, often challenged, continues to show the way to a nation looking for direction.