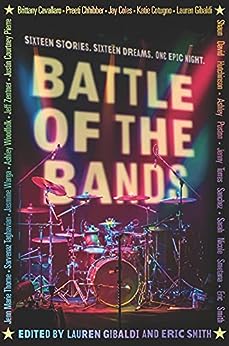 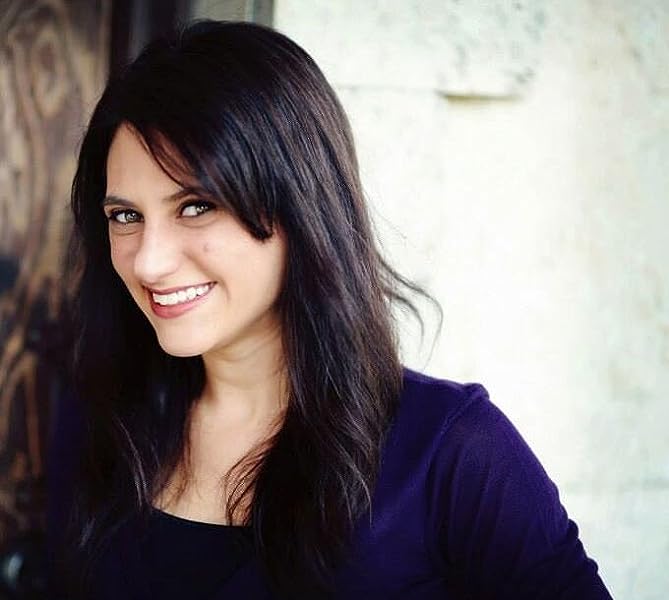 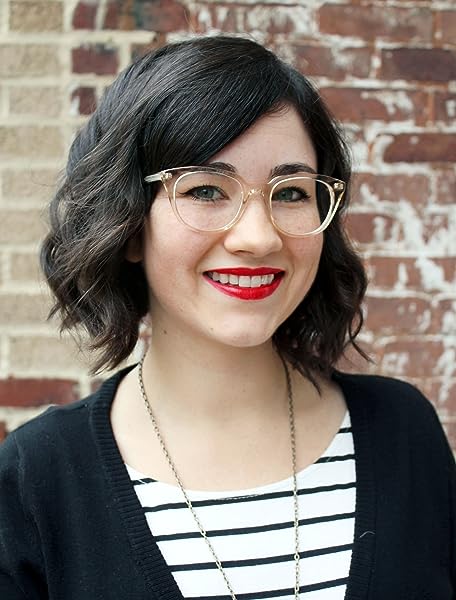 Fifteen young adult authors and one real-life rock star band together for one epic—and interconnected—take on a memorable high school rite of passage.

A daughter of rock ’n’ roll royalty has a secret crush. A lonely ticket taker worries about his sister. An almost-famous songwriter nurses old wounds. A stage manager tires of being behind the scenes. A singer-songwriter struggles to untangle her feelings for her best friend and his girlfriend. In this live-out-loud anthology, the disparate protagonists of sixteen stories are thrown together for one unforgettable event: their high school’s battle of the bands. Told in a harmonic blend of first- and third-person narrative voices, roughly chronological short stories offer a kaleidoscopic view of the same transformative night. Featuring an entry from Justin Courtney Pierre, lead vocalist of Motion City Soundtrack, Battle of the Bands is a celebration of youth, music, and meeting the challenges of life head-on.

This impressive collection manages to sustain its jubilant energy, and each author’s distinct voice shines through without the whole feeling at all inconsistent. The stories are original enough to keep readers turning pages, while the overall conceit—drama both on and off stage—ties it all together. . . . An impressive feat impeccably pulled off.
—Kirkus Reviews (starred review)

[An] entertaining collection. . . Chronicling the breakups, make-ups, make-outs, and breakout performances of myriad intersectionally diverse teens, this anthology’s deliberate pacing allows each entry to stand on its own while harmonizing pleasantly with the larger melody of the night’s overlapping characters and events.
—Publishers Weekly (starred review)

The energy of this collection will draw young people into the drama of being in a band, falling in love, the ups and downs of competition, and the unknown after high school all through heartfelt and often hilarious moments that build up to an epic finish. . . . A must-have for all YA collections, especially where anthologies are popular.
—School Library Journal

Musical teens can unite around this collection both for its unapologetic excitement for music and the representation it promotes. Teens will see themselves in the everyday elements and the desires of the characters, whether they want to live out their dreams to rock on, strike back against heartbreak, or be authentically themselves.
—School Library Connection

The book, which threads together sixteen stories from top young adult writers (as well as Motion City Soundtrack frontman Justin Courtney Pierre), captures the ups and downs of band life in exhilarating/excruciating detail that any musician will recognize as being authentic and anyone not in a band will want to experience for themselves. From rehearsal squabbles to pre-show bonding to stage fright (and stage joy), each author gets the little details right in service of their stories.
—Performer Magazine

What a delightful backstage pass to the angst, passion, and glory of high school music-making. In Battle of the Bands, you get to know the whole Raritan River scene as characters reappear in various stories. Be prepared to laugh, root for your favorites, and find yourself all but singing along, front row.
—Emery Lord, award-winning author of When We Collided

I have battled in more than a few bands, and this book takes me back: the months of preparation, the pre-show nerves, the lights and sounds and competition. Battle of the Bands is an anthemic ode to the here and now and that frenzied notion that a person’s entire future hinges on one fateful night. It’s a credit to editors Gibaldi and Smith that the characters from each story interconnect in subtle and fascinating ways, and a credit to the authors that each story maintains its own unique identity. In this way, the book itself operates like a band, effortlessly folding multiple voices into a mighty (and mighty catchy) chorus. Check, check, one, two. This book will rock you.
—David Arnold, New York Times best-selling author of Mosquitoland and The Electric Kingdom

Empowering, hilarious, romantic, and wildly fun, Battle of the Bands perfectly captures both the magic of music and the drama of competition. It’s hands down my new favorite playlist.
—Dahlia Adler, author of Cool for the Summer and editor of His Hideous Heart --Ce texte fait référence à l'édition hardcover.

Lauren Gibaldi is a public librarian and the author of The Night We Said Yes, Autofocus, and This Tiny Perfect World. She has also contributed short stories to the anthologies Welcome Home and Color Outside the Lines. Lauren Gibaldi lives in Orlando, Florida, with her husband and daughters.

Eric Smith is a literary agent and the author of The Geek’s Guide to Dating, The Girl and the Grove, Don’t Read the Comments, and You Can Go Your Own Way. Eric Smith lives in Philadelphia with his wife and son. --Ce texte fait référence à l'édition hardcover.