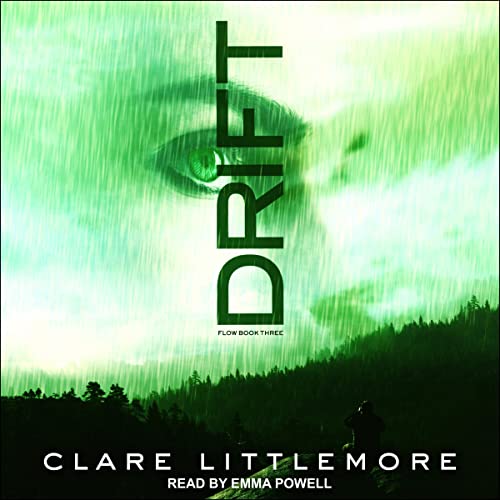 She wanted freedom. But freedom comes at a price.

Quin believed that a life away from The Beck would make her happy. But when a cruel twist of fate forces her to leave sooner than planned, she struggles to come to terms with her new reality. Haunted by memories of the people she left behind, she finds herself wishing she was back in Patrol, with Cam by her side.

Cut off from The Beck, the escapees carve out a new existence on a small island. Tentative bonds are formed, but as disputes surface and rebellion is threatened, Quin quickly realizes that their new home isn't the sanctuary she had imagined. And when one of her fellow citizens is willing to go to desperate measures to save those he loves, he puts the entire community in danger.

As they hatch a daring plan to save themselves, Quin is faced with a terrible choice: protect her friends or follow her heart.

Jo-Lee Smith
5,0 sur 5 étoiles LOVE IT, LOVE IT, LOVE IT
Commenté au Royaume-Uni 🇬🇧 le 7 mai 2021
Achat vérifié
This series has not let me down, I have been glued to this series, can't put it down as I want to know what's happened on the next page . The author has a wonderful imagination , and a talent that takes you on the journey with the characters. Can't wait to start the next one.
En lire plus
Signaler un abus
Traduire les commentaires en Français

Lfcgirl 2013
5,0 sur 5 étoiles Flow just keeps getting better
Commenté au Royaume-Uni 🇬🇧 le 3 mars 2019
Achat vérifié
Another fantastic book in the Flow series experiencing the development of a new world. I really enjoyed the character development of Quin throughout this book and seeing how Clare has managed to evolve the characters during their journey to life outside of the Beck (I did enjoy the snippets of life back at the Beck just as much!) Clare writes with such brilliant imagery it is easy to absorb yourself into her world. Eagerley awaiting book 4 soon (hopefully).
En lire plus
Signaler un abus
Traduire les commentaires en Français

Jamie Ingram
5,0 sur 5 étoiles It’s fantastic!
Commenté au Royaume-Uni 🇬🇧 le 9 avril 2019
Achat vérifié
Wow wow wow wow wow! I can honestly say that I have never been as hooked to a book series before. I didn’t want to put the book down and yet I’m devastated now that I’ve finished it.. I didn’t want it to end! So tempted to start reading them again from Flow to experience it all again.
The twists and turns, the new environments, the old and new relationships and the varieties of characters portrayed so excellently. I have honestly recommended this book to everyone I know.
Well done Clare- it’s amazing!
En lire plus
Signaler un abus
Traduire les commentaires en Français

Carol
5,0 sur 5 étoiles Good book and a good series.
Commenté au Royaume-Uni 🇬🇧 le 1 juillet 2019
Achat vérifié
Thoroughly enjoyed this series so far and I am looking forward to the next book ! Not too long to wait I hope.
Very different genre to the ones I normally read but I am really glad I tried it.
En lire plus
Signaler un abus
Traduire les commentaires en Français
Afficher tous les commentaires